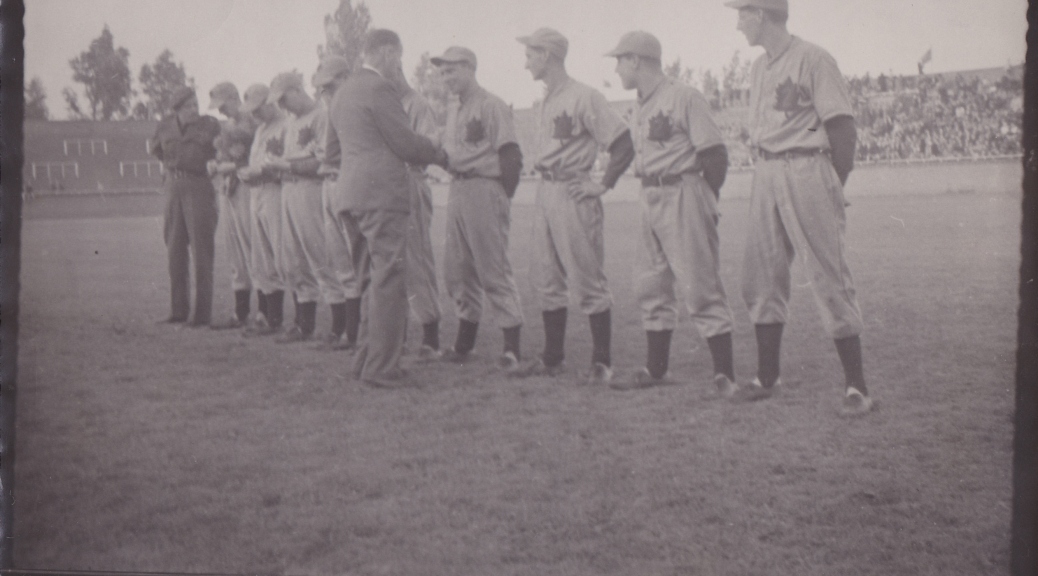 From our archives – more photos of the champion 1945 QOR Baseball Team: 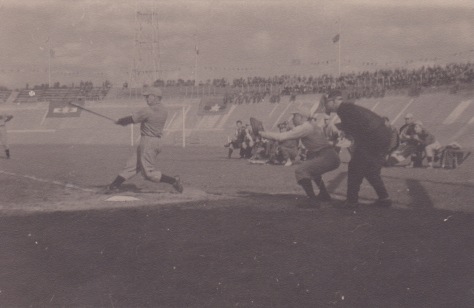 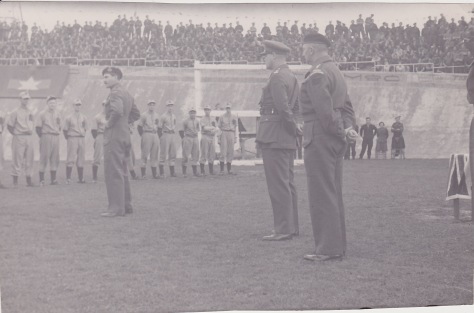 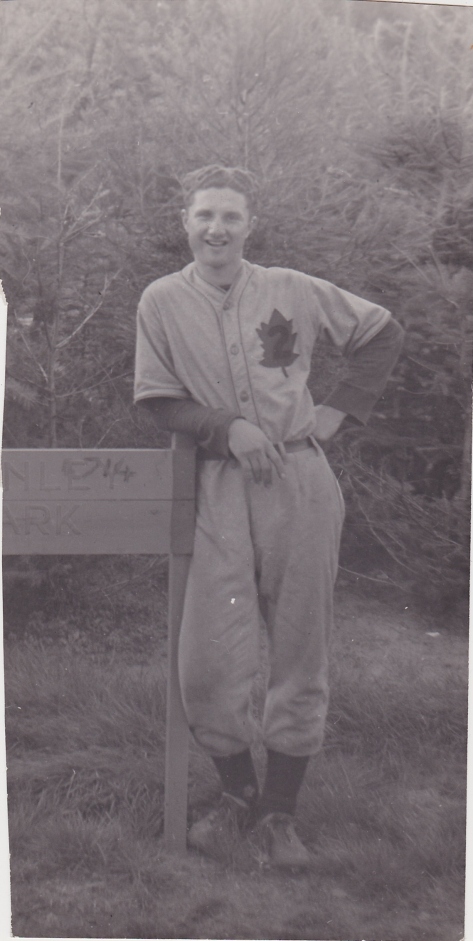 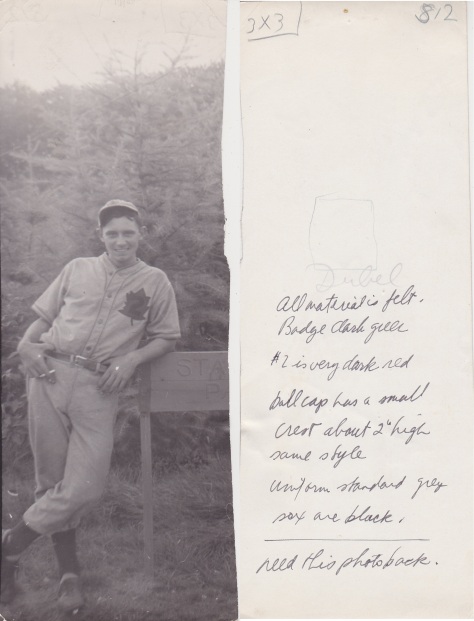 Thanks to Master Corporal Humphrey’s research, we’re able to share a program from the September 1945 Softball Championship of the Canadian Forces in the Netherlands. Inside the program we find the team lines ups for The Queen’s Own Rifles of Canada and the Perth Regiment.

The following photo posted in our last blog includes almost all the members listed above and would suggest they won this game!

As we kick off the 2014 Winter Olympics, we thought we’d share a few snippets of sports related regimental history.

The following is an excerpt from the 1922-1923 QOR Association Annual Report.

Sports in the Regiment

A phase of development in the life of every regiment that is, perhaps, one of the most essential to its success, and perhaps one of the most neglected, it in the world of sport. “Playing the game,” win or lose, must be inculcated in the mind of any who take a part, and this last devolves upon efficient leadership. It is such an ideal that the QOR has endeavoured to induce and maintain, that its part in the development of National life may not be confined to the discipline of the parade ground but to include self-discipline in the everyday life of its members. The Queen’s Own Rifles Athletic Association, therefore, became a reality on December 9th, 1922, and took over the work that had been carried on by Maj. F.H. Wood and his Committee through the difficult period of re-organization. The officers elected were: Hon. Pres. Col. A. E. Kirkpatrick; Pres., Capt. G.G. Emsley Raley, MC; Vice-Pres,. Sgt. L. Baker; Sec’y-Treas, Lieut. T. A. Laidlaw; Executive, Lieut. A. E. Williams, Lieut. A deL. Panet, CQMS G. Alexander, Sgt. J. A. Wilson.

Indoor baseball hockey and basketball were chosen as the sports for the Winder season, and on Jan. 4th, the Regimental Indoor Ball League opened…

Throughout the season matches have been played at the Armouries each Wednesday evening from 7:30 to 11:00 pm, one diamond being reserved from 9:30 to 11:00 pm for Cadets and members of companies and details not entered in the League. Hockey and baseball were innovations but the interest shown was encouraging to those on whom the work really fell. About 25 to 30 men turned out for hockey practice and games at Little Vic Rink and a team of league calibre was selected to form the nuclei of the 1923-24 teams; the season closed with a win of 11-3 over the crack B.A. Life aggregation. On Feb. 28 a well attended hockey and recruiting meeting was held at the Armouries and it was decided to enter the Regimental team in a Senior City league during the season of 1923-24 (see photo below. )