In 1885 he served in G Company of The Queen’s Own Rifles with the North West Field Force.

Townsend married Annie Josephine Polson on 31 December 1899. The had a daughter Constance; a son, Lieutenant Alan Jarvis Hamilton Townsend who died 19 September 1916 while serving with the 4th Battalion, Canadian Expeditionary Force at the Somme (who had also served with the QOR); and a son John.

Charles worked for many years as an antiques dealer.

Townsend died of cardiac disease in Toronto on 4 February 1922 and is buried in Mount Pleasant Cemetery, Toronto: Plot 14 8 3. 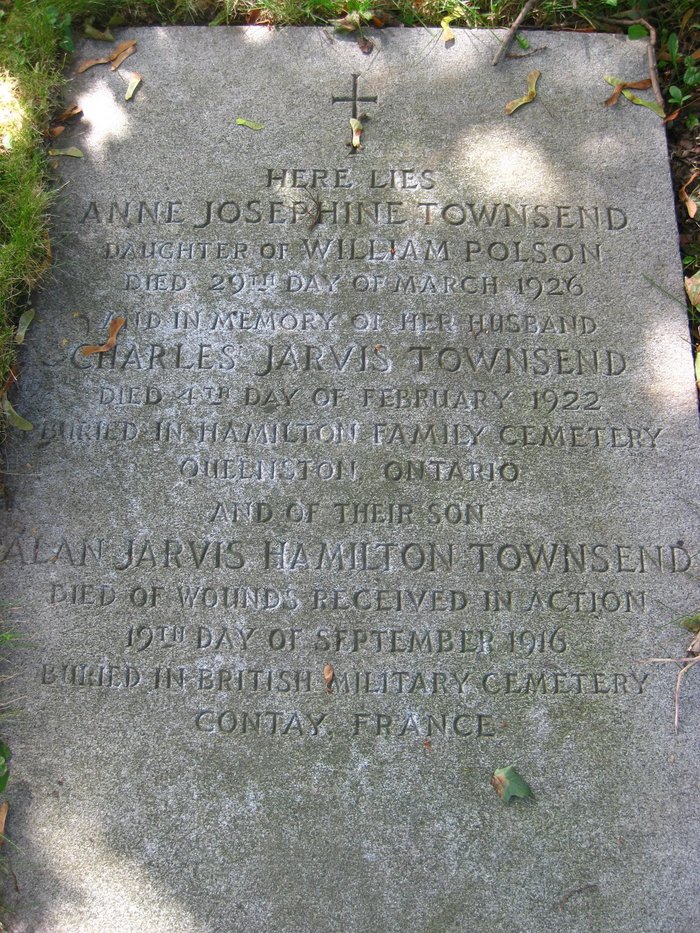