Often known simply as “Freddie”, Burroughs was born in 1921, served in the Second World War, then with the Queen’s Own as Regimental Quarter-Master Sergeant before being promoted to Warrant Officer First Class and appointed as Regimental Sergeant Major in 1961. After his time as RSM he was commissioned to Captain and appointed Regimental Quarter-Master. In 1965 he became a member of the Maple Leaf Club and was President for the year 1967-68. In his civilian life he worked for the Liquor Control Board of Ontario. After he retired he moved to the Niagara area of Ontario.

He died in 2000  and is buried alongside his brother in Woodland Cemetery, Mitchell, Perth County, Ontario. 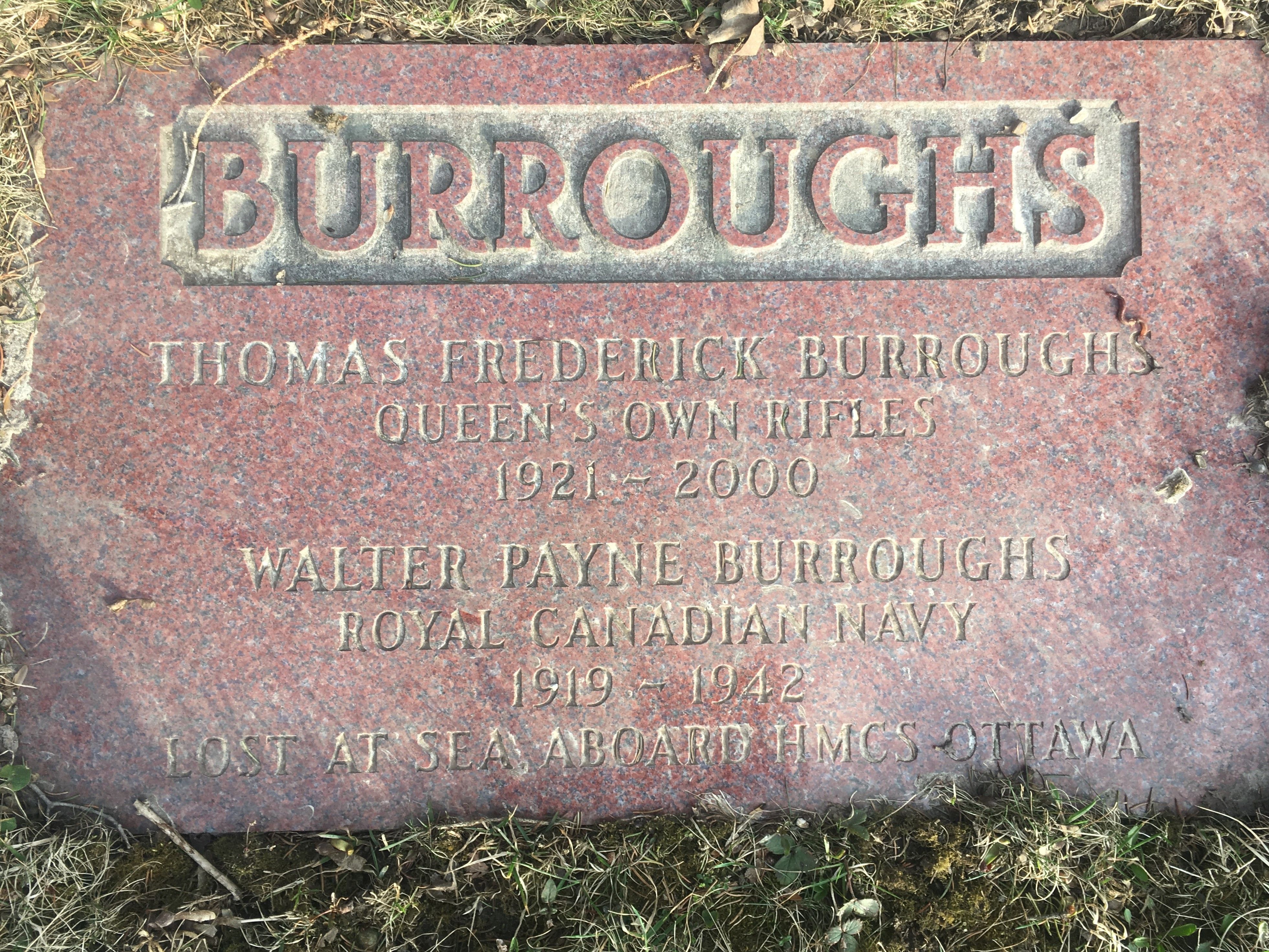