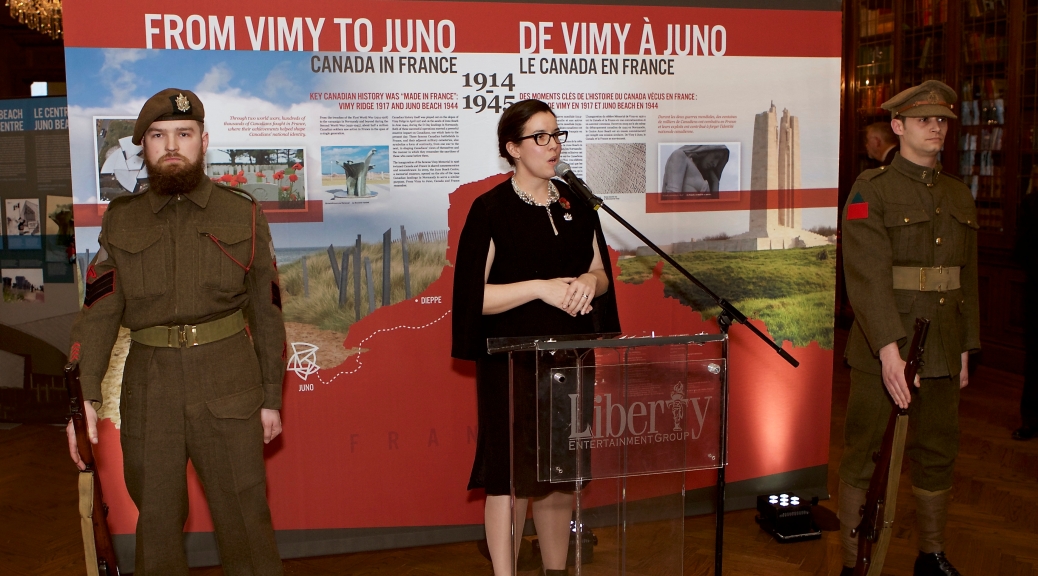 On Thursday March 31, we were pleased to host the launch of the “From Vimy to Juno” travelling exhibit and education program. The exhibit was created by the Juno Beach Centre in partnership with the Vimy Foundation and with funding support from the Department of Canadian Heritage.

Thanks to the Liberty Entertainment Group, operators of Casa Loma, the reception was held in the beautiful Casa Loma library with about 150 people present through the evening.

The formal remarks phase of the event was MC’d by Juno Beach Centre Executive Director Jenna Zuschlag Misener and included remarks by Jeremy Diamond, Executive Director of the Vimy Foundation; Major Shawn Stewart, Deputy Commanding Officer of The Queen’s Own Rifles of Canada; and the Juno Beach Centre Association President Mr Don Cooper. The formal portion of the evening was concluded by the Honorable Kent Hehr, Minister of Veterans Affairs who spoke and formally announced the Government of Canada’s support of this project. 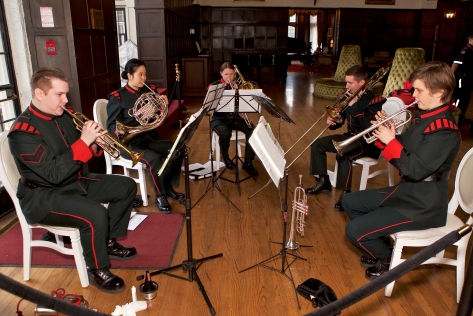 We were also pleased to have three regimental skirmishers present and a brass quintet from the Regimental Band which performed throughout the evening.

A contingent of re-enactors from both WWI and WWII also provided excellent displays and contributed to the exhibit atmosphere with their period dress. 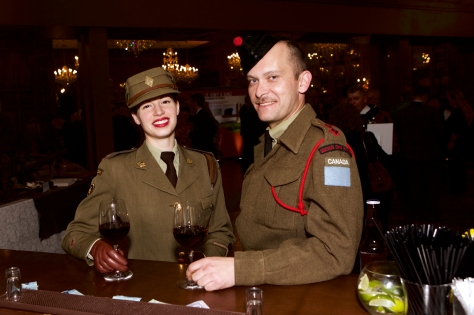 Thanks also to our museum volunteers who helped through the evening.

At the end of the night the exhibit was moved to the Austin Room on the third floor and accessible from our Museum area where it will remain until April 17 when it will then move on to its next location.

The exhibit includes a major educational component and JBC has worked with Lisa Kaplan at Casa Loma on how this can be effectively used by visiting school groups over the coming weeks.

You can see more photos of this event on our Flickr site. 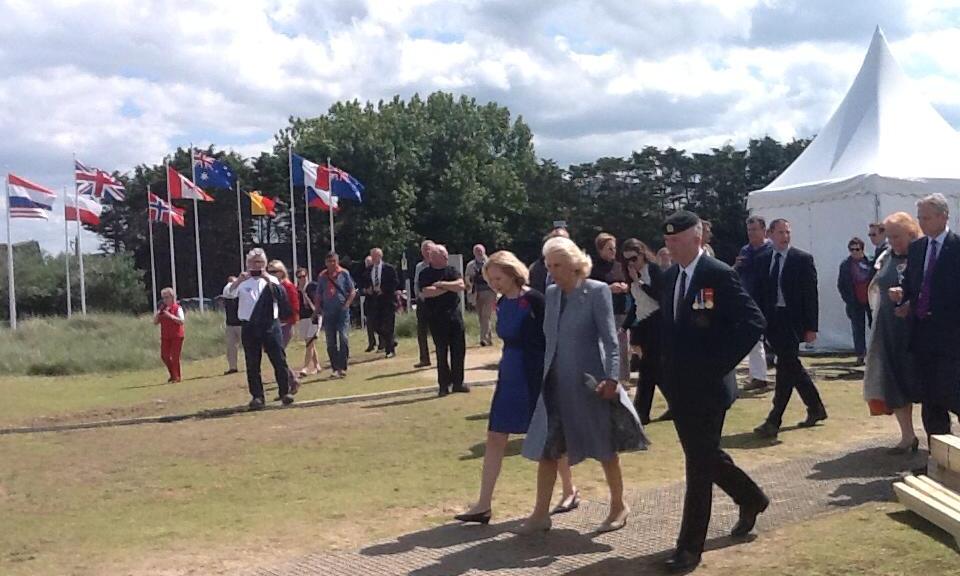 As Colonel in Chief of The Queen’s Own Rifles of Canada, The Duchess of Cornwall met veterans and serving members of the regiment on Thursday June 5 and toured the Juno Beach Centre.

Former QOR Commanding Officer Lieutenant Colonel John Fotheringham is a Director of the Juno Beach Centre and recently passed on a request from them. They asked if it might be possible for us to make available some artifacts that related to D-Day and the Queen’s Own that the Duchess could see during her visit.

We checked around our collection and decided that items which had belonged to Lance Corporal Rolph Jackson might fit the bill. They had to be fairly small and easy for John to pack in his luggage when he headed to Normandy so we settled on six items.