William Fairbanks Tempest was born in Whitby or Oshawa on November 30, 1845, son of Dr. William Tempest and Mary H. Fairbanks.

The family moved to Toronto in 1860 and William joined the Queen’s Own Rifles, No. 9 Company (University of Toronto). On June 2, 1866 at the age of 23, he was killed in the Battle of Ridgeway when a bullet cut his jugular vein. In the weeks before the battle, he had premonitions about his death.

Tributes were paid to him by the Ontario County Council, then in session at Whitby and all the town’s businesses were closed from 3 p.m. to 4 p.m. on the date of his funeral in Toronto. The town bells tolled mourning and the Whitby Brass Band marched through the streets playing the Dead March. All flags on public and private buildings were at half mast. He was buried in a public funeral at Necropolis Cemetery in Toronto.

In 1873, the Federal Government granted his mother a yearly pension of $298 in compensation for his death. She died in Toronto on July 7, 1902. 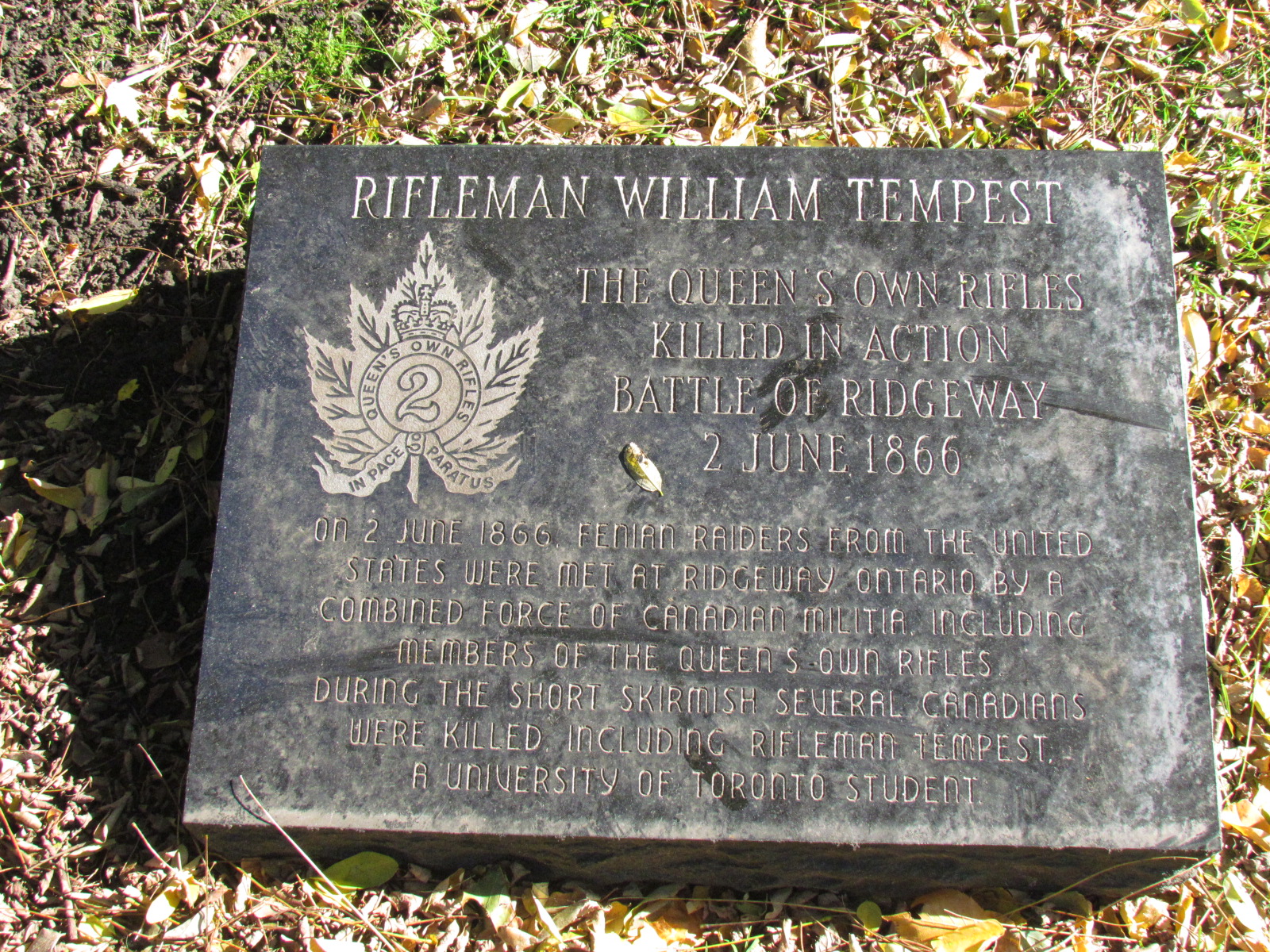