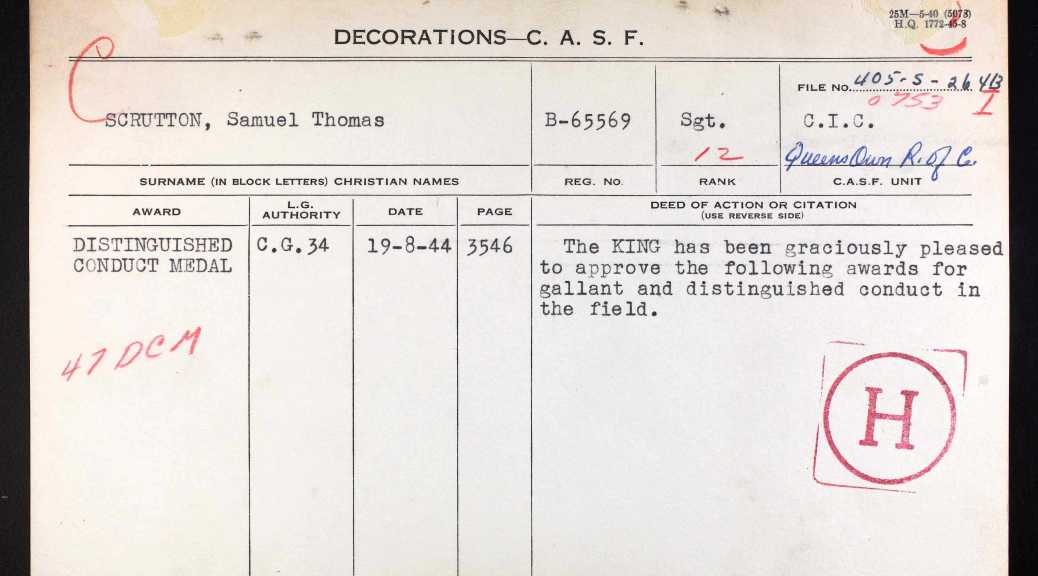 Scrutton served with The Queen’s Own Rifles during WWII and was awarded the Distinguished Conduct Medal 19 August 1944 (CG 34, p3546) for actions taken on 11 June. The medal was presented in the field by Field Marshall Montgomery 5 November 1944.

He was employed as a Toronto Transit Commission (TTC) operator and married Nancy Beer with whom he had at least two children.

He also had a brother Ray who served in the post WWII QOR as a Company Sergeant Major.