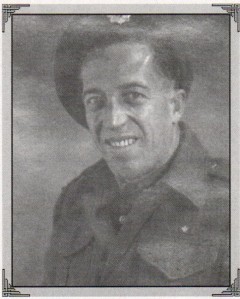 Nathen was born in Hungerford, Ontario now known as Tweed, Ontario on June 11, 1914. On July 24, 1942 he first joined the Queen’s Own Rifles of Canada. Wanting to go overseas and finding out that his unit was not going when he thought, he transferred to RCASC and saw service in the United Kingdom, France, Germany and Holland. Nathen was honourably discharged on January 29, 1946. Upon his discharge, he received the 1939-1945 Star, the France and Germany Star, the Defence Medal, the Canadian Volunteer Service Medal and Clasp and the War Medal 19391945. He worked for Hudson Coal and Ice prior to joining the service, and returned to his former job on discharge. Nathen passed away on May 19, 1993. He was a member of The Royal Canadian Legion.