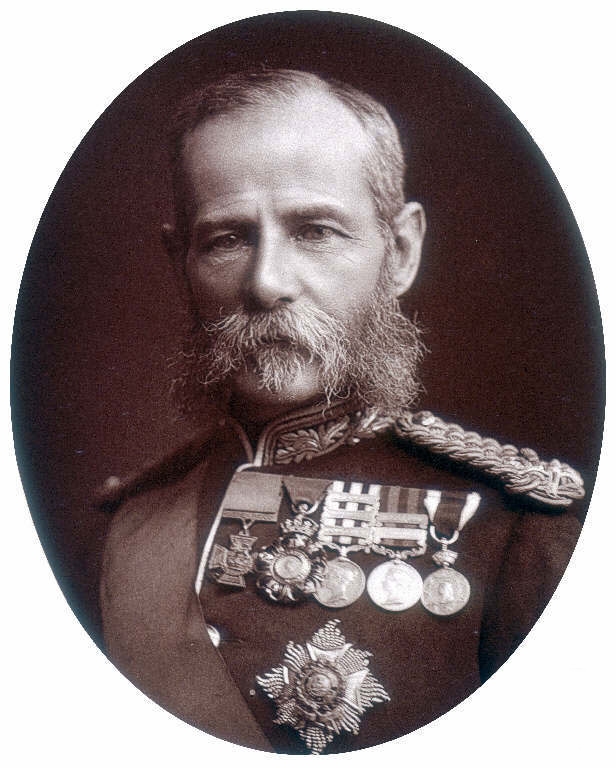 Born in India to an Anglo-Irish family, Roberts joined the East India Company Army and served as a young officer in the Indian Rebellion during which he won a Victoria Cross for gallantry. He was then transferred to the British Army and fought in the Expedition to Abyssinia and the Second Anglo-Afghan War, in which his exploits earned him widespread fame.

Roberts would go on to serve as the Commander-in-Chief, India before leading British Forces to success in the Second Boer War (which included Canadian troops.) He also became the last Commander-in-Chief of the Forces before the post was abolished in 1904.

A man of small stature, Roberts was affectionately known to his troops and the wider British public as “Bobs” and revered as one of Britain’s leading military figures at a time when the British Empire reached the height of its power. He became a symbol for the British Army and in later life became an influential proponent of the increasing threat that the German Empire posed to Britain in the lead up to the First World War.

On 17 August 1900 he became the first Honorary Colonel of The Queen’s Own Rifles of Canada and continued in that role until his death in 1914.