Pipe Major Alexander McWalter Oliphant was born c. 1835/36 in Scotland, son of Walter Oliphant and Agnes Shields. He was a bookbinder in Toronto and as one might expect, was a Presbyterian.

He was reported to be “Pipe Major” in 1866 in the Highland Company which was formed in 1856, became part of the Queen’s Own in 1860, fought at the Battle of Ridgeway in 1866, and disbanded in 1868 when the Highland uniform was no longer subsidized by the government. Oliphant is listed on both a May 1866 pay sheet (Ancestry.ca) and the 7 June 1866 nominal roll taken in Stratford as a Private.

Oliphant died 13 December 1909 at the age of 73 and is buried in Necropolis Cemetery (O Gore North Of 13.) The cause of death is listed as “uricemia from an accident.” 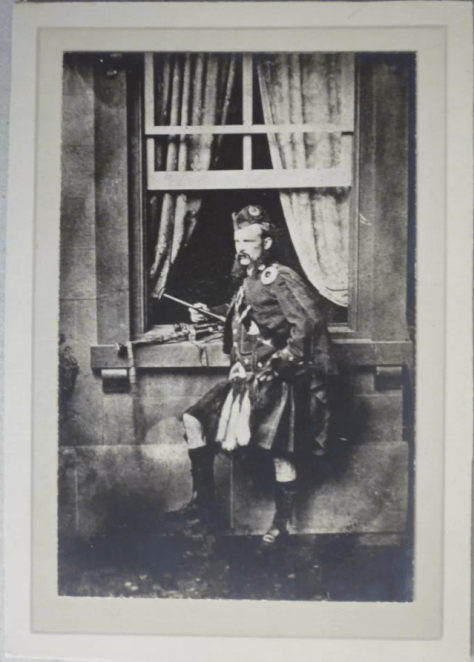