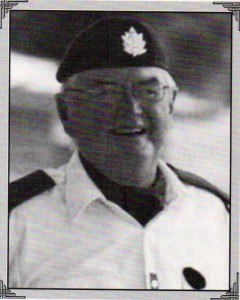 He began his career in the Sea Cadets and joined the Queen’s Own Rifles student militia in April 1967. He later joined the QOR as a reservist and attained the rank of Sergeant. One of his highlights with the QOR was to serve with the NATO Brigade in Germany in 1969, while being attached with the Royal Canadian Regiment (RCR).

He is an active member of the Queen’s Own Rifles Association. He was discharged in December 1973. Doug has been very active with the Mount Dennis Legion Branch 31 since 2001 and has been branch President since 2007.