He enlisted in the CAASF in August 1940 and was commissioned in January 1942. During the latter part of the war he served with Canloan in the UK and Northwest Europe. On 23 June 1945 he was awarded the Military Cross (CG25 p2752).

In June 1954 he was transferred to The Queen’s Own Rifles and posted to the 1st Battalion.

In September 1956 after a tour in Indo-China, he was appointed the Commanding Officer, 2nd Battalion until 9 August 1959.

On his return home from his second tour in Indo-China, LCol MacKay transferred to the Supplementary Reserve in August 1963 prior to his retirement.

He then became employed with Hawker Siddeley until his retirement. He was appointed executive director of PICORD. He attended the Presbyterian church and was a former member of the City Club. He was a member of the Royal Canadian Legion, Branch 29, Trenton.

He died in Pictou, Nova Scotia on 30 March 1999, is buried MacLellan’s Mountain Cemetery, Kirkmount, Nova Scotia and was survived by his wife, the former Christene Murray, and daughters Rose Warren,  of Trenton and Adele Rodden , of Ottawa. 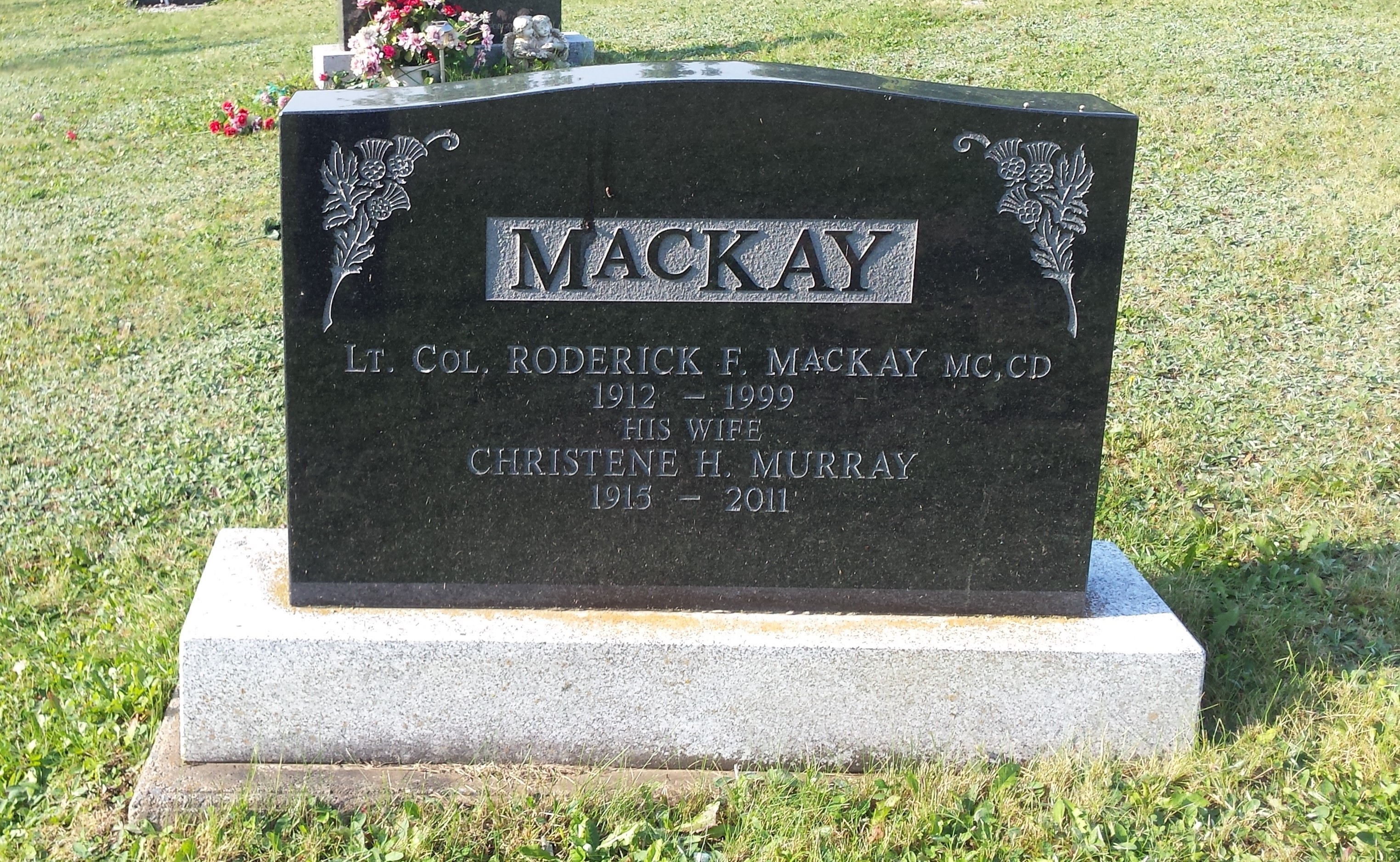