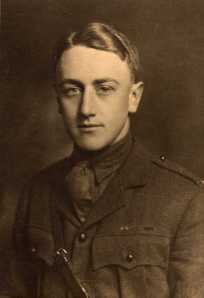 Captain Allen Lewis Lewis, MC was born October 25, 1895 in New Westminster, British Columbia, son of Lewis and Annetta Lewis. He was still a student when he joined the Canadian Expeditionary Force in 1916 after having served one year in the Canadian Officer Training Corps (COTC).