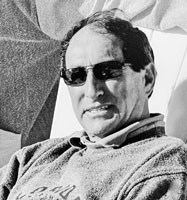 Lieutenant John Robert Rogers Jennings was born 10 July 1937. He was 10 years old when his parents, Douglas and Peggy Jennings brought him and his sister Mary to Toronto.

John attended Rosedale Public School, Upper Canada College, Victoria College at the University of Toronto, and finally Osgoode Hall from which he emerged as a lawyer destined to follow in his father’s and grandfather’s footsteps initially in his father’s firm. His long career spanned the practice of family law; the active involvement of many years with the Canadian Bar Association, culminating in its presidency after which he became a Superior Court Judge in Ontario which probably was his secret desire all along.

John was an officer with The Queen’s Own Rifles of Canada in the 1960s and early 1970s, and a long-time member of the QOR Trust Fund.

His memberships in clubs like the lifetime membership at the Toronto Golf Club, the Wyndemere Golf and Country Club in Naples Florida, and Windermere in Muskoka showed his love for golf. At the Badminton and Racquet Club in Toronto, he played squash, as well as tennis and his friendships founded in these sports, remain lifelong.

After a “whirlwind” courtship of several years, on April 4, 1964, John and Nonnie Embury were married in Regina: a marriage which lasted 57 years.