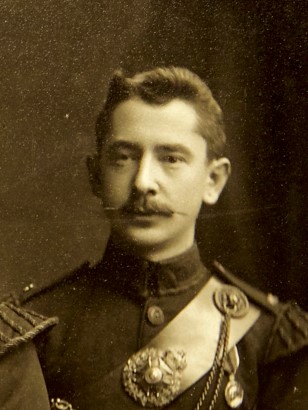 862634 Bugle Sergeant Frank Thomas “Banty” Foster was a long-time member of the Queen’s Own Bugle Band and served in the First World War.

Foster was born 26 October, 1873 in Hamilton, Ontario to Charles Henry and Mary (nee Shearsmith) Foster. He joined the Queen’s Own in in 1894 and was promoted to Bugle Sergeant in 1901. From at least 1912 to 1913 he was a member of the successful Bugler’s Rifle Team, the Queen’s Own Dominion Rifle Association Team and the Maple Leaf Club of the Queen’s Own. He was awarded the Colonial Auxiliary Forces Long Service Medal in 1914.

On 23 February, 1916, Foster enrolled in the 180th (Sportsmen’s) Battalion of the Canadian Expeditionary Force. At the time he listed his occupation as Clerk, was single, and lived at 196 Geoffrey St Toronto with his mother, his father had died in 1888 of Pulmonary Phthisis. The Unit arrived in England on the S.S. Olympic November 1916, in January of 1917 the Battalion was disbanded and the soldiers absorbed into the 3rd Reserve Battalion. By June, 1917 he was returned to Canada due to bronchitis and released 30 September 1917 after a year and ¾ of Active Service.

Upon return from overseas it is not known if he returned to the Bugle Band but he did attend annual meetings and shoots with the Maple Leaf Club from 1919 until his death on 21 December, 1926. He is buried in Mount Pleasant Cemetery in Toronto, Plot T 20. 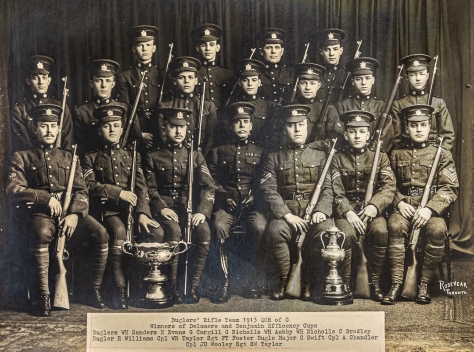 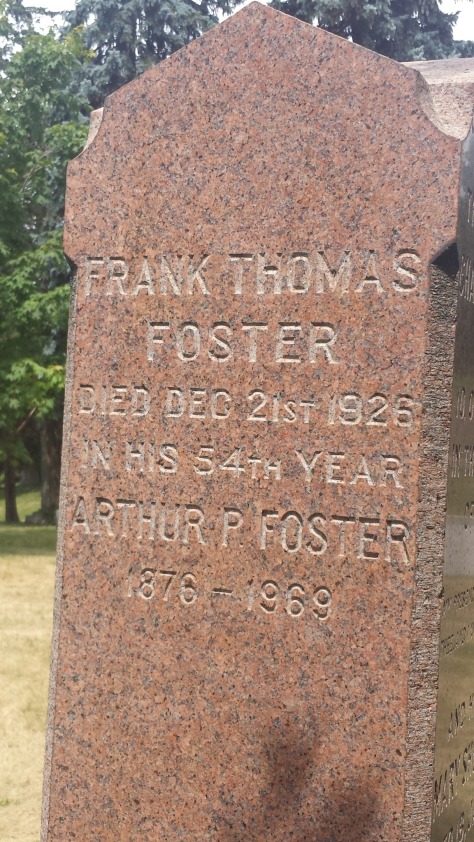