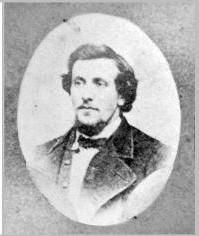 Lance Corporal Mark B. Defries was the son of Robert and Sussanah Defries and worked as a cellarman or malster in this brother Robert’s East-end Brewery in Toronto.

An unidentified journalist from the Toronto Leader came upon Defries and reported:

The journalist then returned to help the dying Defries but discovered that his body had been moved. He found Defries dead in a back room at a tavern. When he attempted to remove Defries’ watch he found that it was now gone, presumably stolen.