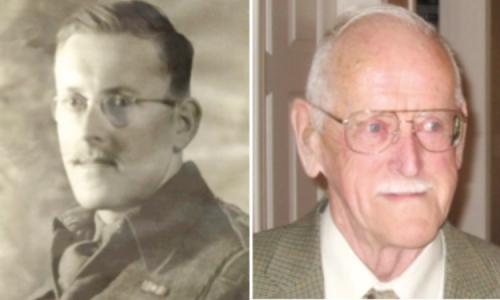 Major Donald Martin Creighton, CD was born 23 June 1921 in Halifax, Nova Scotia, son of Gerald Esmond Creighton and Geraldine P King and grew up across the harbour in Dartmouth.

He entered engineering school but left before graduating to join the Princess Louise Fusiliers and go off to the war in Europe where he landed in Italy and worked his way up to Holland before the end of hostilities. Upon his return home he married the girl across the street, Margaret “Mardie” Elliot, with whom he enjoyed almost 68 years of marriage.

He also chose to remain in the Army, serving with the Victoria Rifles of Canada, the Princess Patricia’s Canadian Light Infantry and the Queen’s Own Rifles of Canada, during which time he was based in London, Ontario, Calgary and, finally, in Vancouver. In addition, he spent a year in Germany with the 27th Canadian Infantry Brigade in 1951/52, and a year in Vietnam with the International Control Commission in 1962/63.

Donald relished his life with his family. He and Mardie particularly enjoyed camping with their children when they were young and, in later years, spending time at Adams Lake with their children and grandchildren (playing endless games of cribbage). He also enjoyed curling and, in retirement, a game of golf between trips to exotic locales. He was known as “a man of few words” but always had a twinkle in his eye and a wonderful sense of humour.