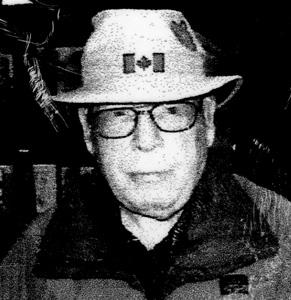 He had a remarkable record of Army service in many parts of the world, notably Burma with Wingate’s CHINDITS in the Second World War. Ron was a proud member of the Burma Star Association and The Korea Veterans Association Unit # 27.

He served in Canada, Germany, Norway, Cyprus and Korea on NATO and UN assignments with The Queen’s Own Rifles of Canada stationed in Work Point Barracks (Victoria). He was well known as a Physical Training Instructor by all ranks and he maintained his fitness at a very high standard well into retirement. He obtained numerous accolades and prizes in Seniors’ competitions and Games.

Ron was fondly remembered by friends and comrades as a “character” who could be counted upon to deliver an opinion on any matter of substance. He was a devoted soldier and comrade throughout his service, did his duties exceptionally well and will be missed.