He married Jenny Irwin and had at least five children – two of which died young.

In various documents Brown is listed as a stationer and as a clerk.

He joined the QOR in the late 1860’s as a rifleman, was commissioned in 1870, and served with the regiment for the rest of his life.

It seems likely that he was a member of the Royal Canadian Military Institute and his portrait in oil, hangs in the RCMI today.

Brown died of blood poisoning and meningitis on 21 September 1887 at the age of 38. He is buried in Mt Pleasant Cemetery, Toronto. (QOR Medical Officer Dr Frederick Strange was listed as his doctor.)

No.1 The Regiment will parade in Divine Service Order (busbies) on Saturday September 24th at 2:30 pm for the purpose of attending the funeral of the late Captain Thomas Brown. 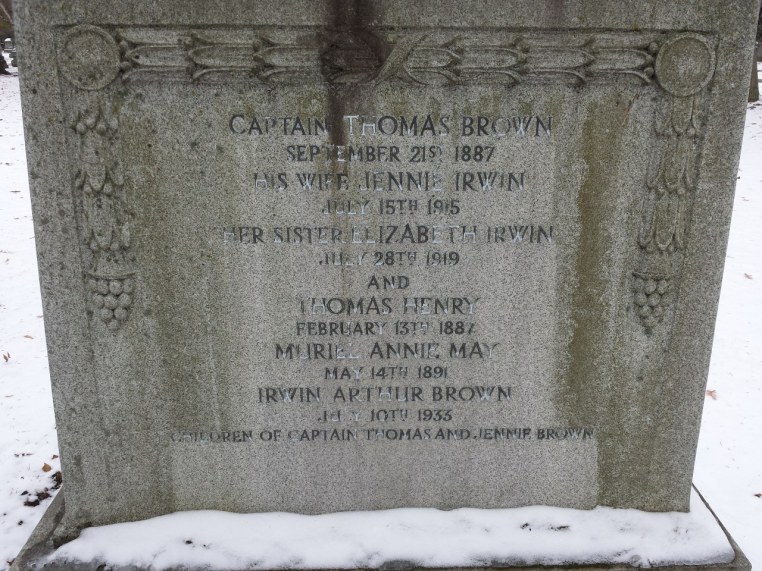