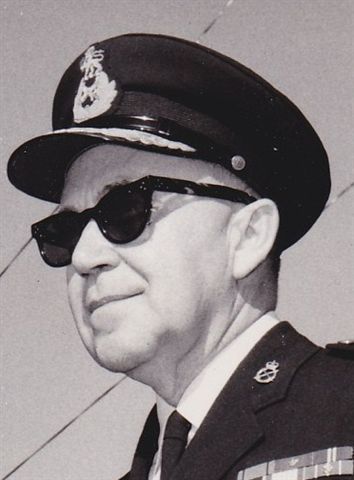 After seven years in broadcasting at CHAB Moose Jaw, his militia unit was mobilized. It was the beginning of 33 years military service that included two tours of regimental duty (King’s Own Rifles and Queen’s Own Rifles), Canadian War Staff College, and staff appointments in Canada, the UK and Germany. Lou ended his military career in Ottawa as Director General of Information (Public Affairs) for the Department of National Defence. He retired in 1973 to accept an offer to establish and manage a chamber of commerce to foster trade and investment between Canada and Brazil. He retired from the Chamber in 1986.

In retirement Lou travelled extensively and indulged in his love of music and books. A longtime member of the Probus Club of Oakville, he chaired its non-fiction book club for 16 years.