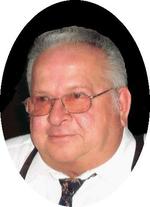 Andrew Benko was born in Davidson Saskatchewan on 13 January 1943, the fourth child of John and Frances Sabo of Kenaston, SK. At the age of 16 Andy quit school, much against his parent’s wishes, and for a time worked on elevator construction in Kenaston.

At the age of 17 he joined the Canadian Army and was sent to Currie Barracks in Calgary where he became a member of the 1st Battalion, Queen’s Own Rifles of Canada. In 1961, at the onset of the Cold War and the building of the infamous Berlin Wall, Andy found himself in Germany with his regiment (quite a culture shock for a kid from the Prairies whose farthest travels prior to this was to Regina). In 1962 he had been treated for hoarseness, sore throat and possible cancer. Before he knew it he was on his way back to Canada where surgeons at Sunnybrook Hospital in Toronto removed a benign polyp from his throat.

He was then sent back to Calgary where he became a member of the 2nd Battalion Queen’s Own Rifles of Canada, met the love of his life and started his family.

In 1970 Andy left the Infantry and became a Postal Clerk with the Canadian Armed Forces Postal Corps. While stationed at CFB Calgary, he was sent to Cyprus where he spent six months with the United Nations Peacekeeping Force. He served his country honorably for 25 years, retiring in 1984 and moved his family back to his hometown of Kenaston, SK.

In 1985 Andy became employed as the Town Foreman for the Village of Kenaston, SK, where he worked until 1994. Health restrictions resulted in him leaving this employment and in the late fall of 1994 he and Mary moved to Saskatoon, SK where they both became members of the Canadian Corps of Commissionaires until June 2003 when they retired and moved to their final home in Winfield, AB.

An avid hockey fan, he was also a great player. Not being able to pursue a career in the NHL, he was offered the opportunity to play on military teams throughout his Army years as well as to coach minor hockey. When first back in Kenaston, he coached the Kenaston Blizzards hockey team, and the Blizzard Babes softball team. If there is hockey in heaven, then God has gained another good defenseman.

He was also a loyal and faithful Saskatchewan Roughriders fan … even proudly displaying his Roughrider flags in ‘Oil Country’.

Andy died 20 March 2011 and was buried in Kenaston, Saskatchewan.