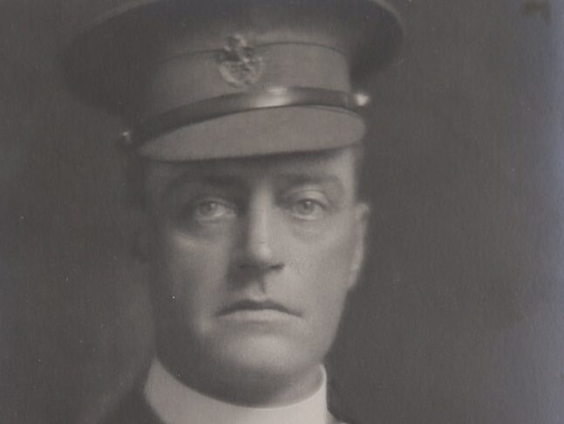 He was a man of God who served through hell.

William Leonard Baynes-Reed was a humble parish priest serving the Toronto east-end Anglican church of St. John’s Norway when the First World War broke out in 1914.

He signed up as chaplain to the 75th Battalion, an infantry unit of the Canadian Expeditionary Force. A man of peace, he served under fire with dignity and bravery and was mentioned in despatches twice, awarded the Distinguished Service Order and retired with the rank of Honorary Lieutenant-Colonel.

In a moving tribute to Baynes-Reed in 1927, company commander Major J.S. Matthews of Vancouver described how the priest had asked for permission for a church service when they were on the frontline near Ypres.

Originally reluctant to gather his men in a group, Matthews relented.

“We were for the front line the following night and many of us might not come back.”

In a garden destroyed by bullets and bombs, the priest donned a white surplice and stole and held a brief service.

“It brought back memories, sweet, fond memories of the happy days of peace that were past, of our little grey homes in the West, our wives, our children; it raised fond hopes that perhaps we may escape to hear the church bells tinkling in the distance once again in our happy, far-off land,” Matthews recalled.

There, amid the booming sounds of 12-inch guns, Baynes-Reed calmly administered communion — in many cases to men who weren’t of his faith or were of no faith, who’d never received it before.

War makes believers of us all.

“The shattered buildings, the broken glass, the piles of debris littering the old but once beautiful garden, the touch of colour, the flowers and green leaves, the snowy robe the little knot of kneeling worshippers — unkempt but reverent — the roar of the guns, the crash of the shells, and God’s minister ‘on the centre’- – such was a scene the sun seldom shines on.”

The men were used to seeing Baynes-Reed on the front lines in khaki and with four days-worth of beard.

“He understood men, rough men, and cut his cloth to suit the wearer.”

“He was constantly in the forward area, attending to the wounded and ministering to the dying under intense firing of all descriptions. His unselfish devotion to duty and his courage were splendid examples and his services earned for him the respect and affection of all those among whom he worked.”

He was mentioned in despatches in part because he, “lived among the men through all their days of fighting, of over two years in France.”

After the war, Baynes-Reed quietly returned to his church. His wife died after only five years of marriage. The brave priest continued his work, much beloved by his parishioners.

He’d been gassed during the war in France and his voice was low and raspy. He often invited guest preachers to take his place. The communion set he’d used on the battlefield is still a treasured artifact at the church, as well as then flag he’d used as a funeral pall for the dead. There’s also a chalice he’d been given by two soldiers who’d found it, mud-spattered, on the battlefield.

The 75th Battalion, now the Toronto Scottish regiment, retired their First World War colours at the church two years ago.

It’s been 102 years since the end of that war and still we remember the pledge we made to those young men who went overseas back then, and whom Baynes-Reed ministered to with such devotion: At the going down of the sun and in the morning, we will remember.