Major-General Barry Wayne Ashton, CD, MBE was born in Macclesfield, Great Britain of the union between a Canadian soldier (South Saskatchewan Regiment) and a British war bride, Barry Ashton came to Canada aboard the Andes with his mother, landing in Halifax on November 17, 1944. They settled initially in Southern Saskatchewan but finally settled in Edmonton in 1947, where Ashton grew up, actively involved in Cubs, Boy Scouts, Air Cadets.

In 1961 Ashton joined the Militia as a Field Engineer with 25 Field Squadron. Completing his high school education in 1963, he enrolled in the regular Army in the Officer Candidate Program and was commissioned in 1964. He spent the next 32 years in the service of Canada, rising to the rank of Major-General.

In 1978 Ashton completed a Bachelor of Administration from Université de Sherbrooke while attending College militaire royal de Saint-Jean and in 1990 he completed a Master of Business Administration at Pacific Western University. He was also accredited as a Chartered Professional Accountant. 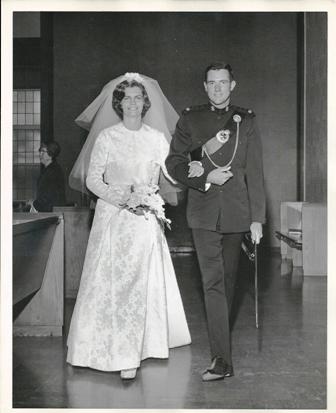 Barry married Carol Kneeland of Montreal on 31 July 1965. They have two children: Philip and Susan.

Since his retirement in 1996, he was active in a consulting business until 2010, and continues active in numerous volunteer activities.