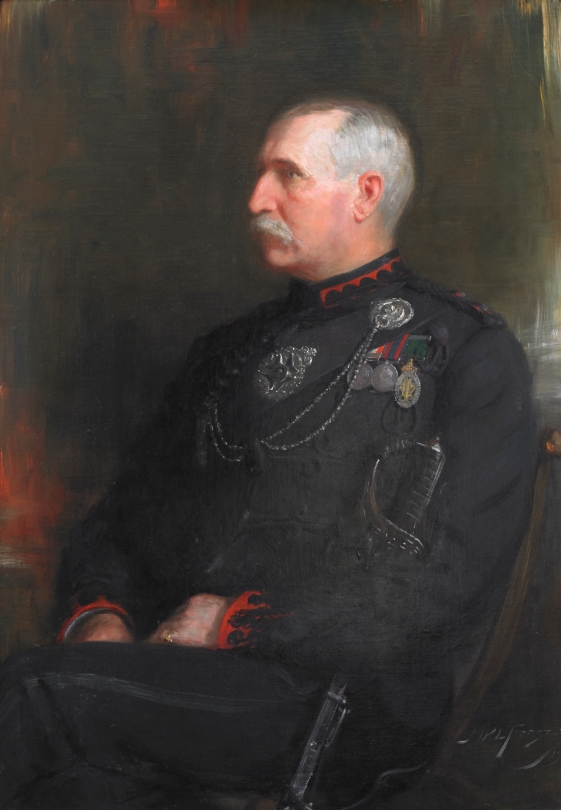 ABOUT THE ARTIST:
John Wycliffe Lowes Forster, Canadian portrait painter, was born in Norval, Ontario in 1850. He began his artistic training in Toronto in 1869 as an apprentice to the portrait painter John Wesley Bridgman (1833-1902). In 1871 he was awarded first prize in the amateur class at the annual fair of Upper Canada Agricultural Society for his portrait of Bridgman. In 1879 Forster studied for three months at the South Kensington Art School in London with Canadian landscape painter Charles Stuart Millard (1837-1917). A short time later, he enrolled at the Académie Julian in Paris, where he studied for the next three years under Gustave Boulanger (1824-1888), William Adolph Bouguereau (1825-1905), Tony Robert-Fleury (1837-1911), and Carolus-Duran (1838-1917). Upon returning to Canada in 1883, Forster set up his own studio in Toronto, became a member of the Ontario Society of Artists and the Royal Canadian Academy, and quickly gained aclaim for his portraits of notable people, including Bliss Carmen (1861-1929), Timothy Eaton (1834-1907), Sir Wilfred Laurier (1841-1919), and Queen Victoria (1819-1901).