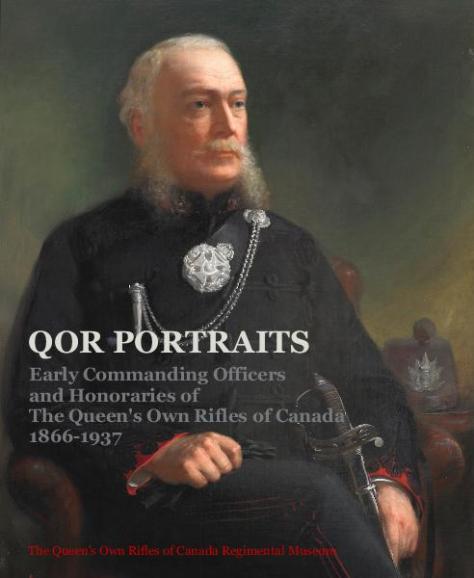 “Portraits” by The Queen’s Own Rifles of Canada Regimental Museum – The Queen’s Own Rifles of Canada is Canada’s oldest continuously serving infantry regiment, formed in 1860 and still active today. The story of the QOR in the 19th century is also very much the story of Toronto and this is aptly represented in the Officer’s Mess with 16 large portraits of the first 16 Commanding Officers and painted by the foremost portrait artists of the day . This book reproduces those portraits with a brief description of each officer and biographies of the artists. Also included are portraits Field Marshall Lord Roberts, first Honorary Colonel; Her Royal Highness Princess Alexandra of Kent, Colonel in Chief from 1959-2010; and Her Royal Highness, Camilla, Duchess of Cornwall, current Colonel in Chief.

By Queen’s Own Rifles Museum