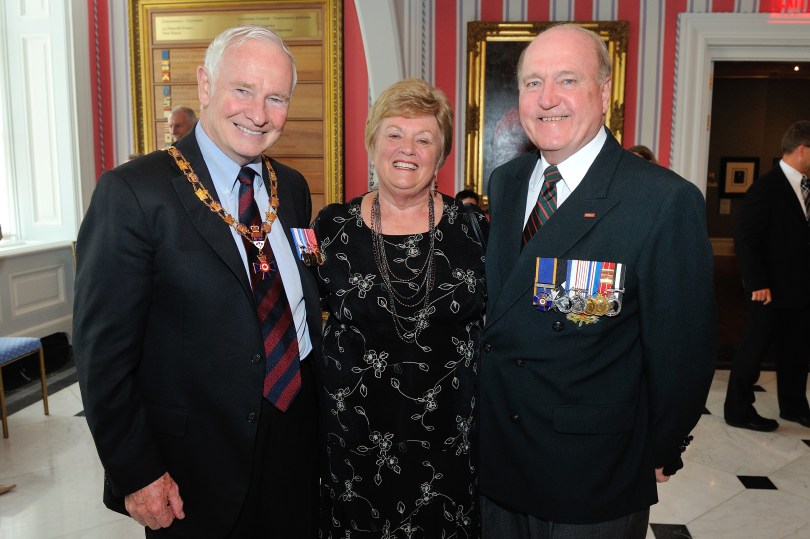 Major McCabe, his wife, and the Governor General in 2010 at 40th Anniversary the 1st Order of Military Merit

His Excellency the Right Honourable David Johnston, Governor General and Commander-in-Chief of Canada presided over an Order of Military Merit investiture ceremony at Rideau Hall, on December 02, 2011.

The Governor General, who is chancellor of the Order, presented the honour to 4 Commanders, 9 Officers and 31 Members. Chief of the Defence Staff, General Walter J. Natynczyk was also in attendance.

Photo taken at the reception following the ceremony.

This ceremony will mark the 40th anniversary of the creation of the Order of Military Merit. It is an honour to pay tribute to the dedication and excellence of Canadian Forces members, said His Excellency, who is chancellor of the Order. For 40 years, the Order has served as a showcase of remarkable achievements and contributions from within our military, highlighting exemplary conduct for all to see.

The Order of Military Merit was created in 1972 to recognize meritorious service and devotion to duty by members of the Canadian Forces.